The Future of Erie’s Tourism in a Changing World 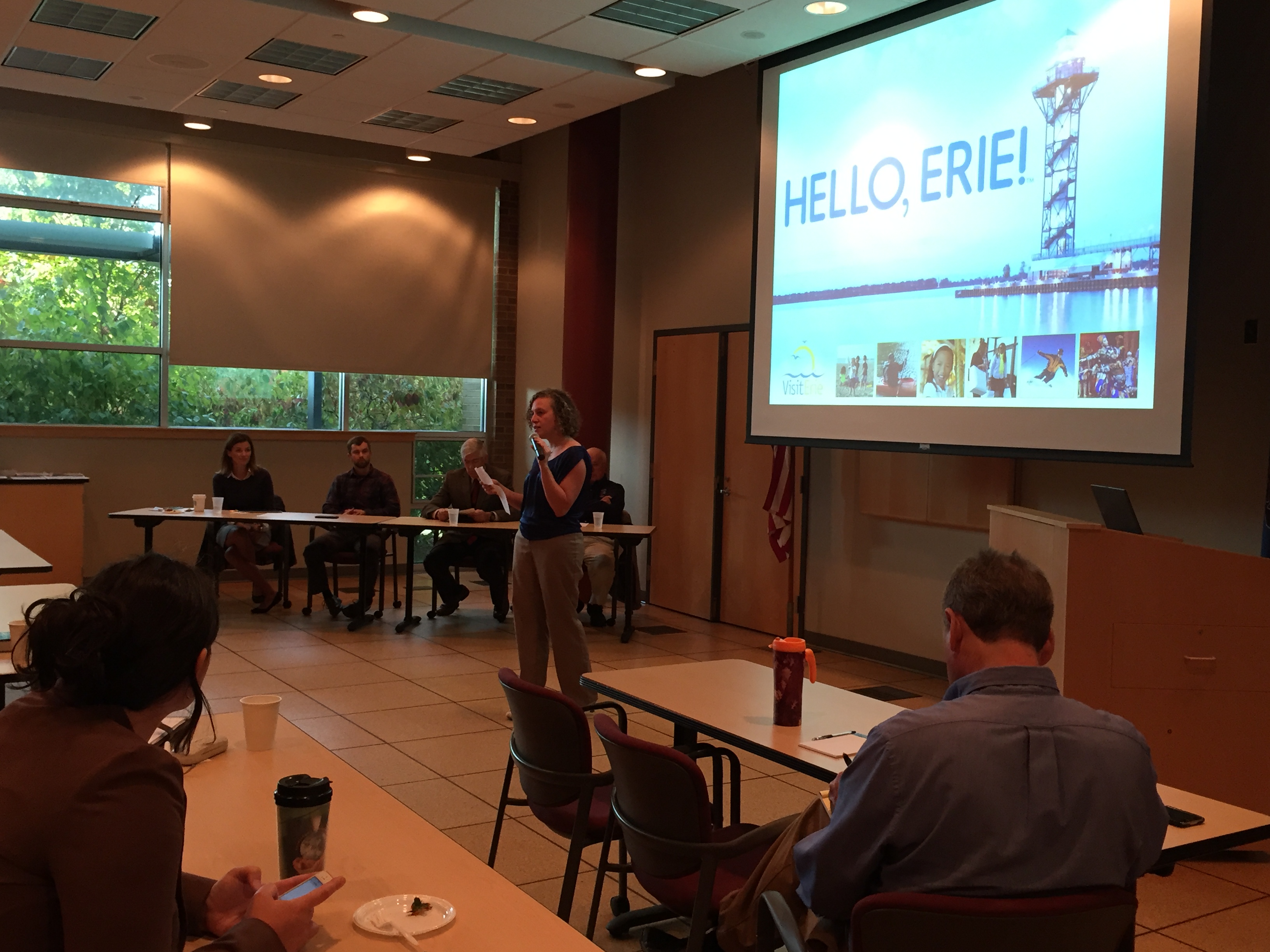 The Community Resiliency Workgroup (CRW), made up of members from Pennsylvania Sea Grant, Environment Erie, The Northwest Pennsylvania Green Economy Taskforce, and Erie County held their 3rd annual summit: The Future of Erie’s Tourism in a Changing World. Over two days in October, members of the Erie region’s professional and residential communities met to consider how local changes associated with climate change are and will impact our local tourism industry. This third annual event is part of a broader effort to build hazard resiliency in the city of Erie and the surrounding region, and begin a climate planning process.

The summit began Wednesday, October 14th with a screening of the film “Merchants of Doubt” in collaboration with the Film Society of Northwest Pennsylvania’s Wednesday night film series at the Erie Art Museum. The film was followed by a discussion among the audience about the issues raised in the film and what citizens can do in response. View the Merchants of Doubt Trailer. 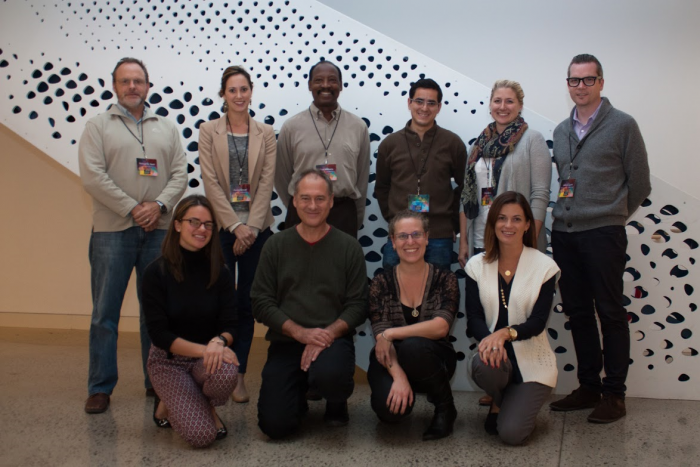 Members of the CRW joined the Film Society of Northwestern Pennsylvania for a screening of, “Merchant’s of Doubt” as part of their annual summit.

Day two of the summit was an early morning panel discussion on October 15th that focused on the Erie region’s tourism industry, and how changes associated with climate change may impact this growing sector of our economy.The panel was organized in collaboration with VisitErie and included four speakers that covered different aspects of the topic:

John provided an overview of the importance of tourism to the regional economy, including the robust growth sector over the past decade. Measures of spending, jobs, wages, and taxes associated with the sector have all grown significantly. Moreover, the local tourism sector is transitioning from being highly seasonal (summer) to more of a year-round part of the economy. Mr. Oliver also discussed the impact that weather has on local tourism, given that many visitors to Erie are “spur of the moment” visitors making decisions based on predicted weather. See full presentation here.

Megan spoke on the types of climate-related impacts we are likely to experience in our region and explained the difference between climate and normal weather variability. Relying on historical data (some going back over 100 years), Megan summarized observed changes to temperature, precipitation, and occurrences of extreme weather events and then related these changes to public health, agriculture, and ecosystems- many of which have implicates for local tourism. See full presentation here.

Jerry spoke about historical and recent changes to area fishing. He noted that Erie is the most prolific Great Lake when it comes to fish and that the Erie area is currently known as the freshwater fishing capital of Pennsylvania (and was considered the freshwater fishing capital of the world in the 1920s). He drew attention to the link between weather and fish by noting the improved spawning rates for key species associated with cold winters and significant ice cover. Weather is a key determinant of fish behavior, and changes in climate can throw off the delicate balance that underlies fishing as one of the drivers of regional tourism in our area.

Nate spoke on the topic of harmful algal blooms (HABs) and their potential impacts on both the local environment and tourism. The Toledo drinking water problem raised the profile of the HAB issue, in particular, under some circumstances HABs produce toxins that are dangerous to both people and particularly dogs that come into contact with them. Local occurrences of HABs have been documented are are most likely in Isle Bay between May and September. Nate discussed how HAB outbreaks may negatively affect boating, fishing, beach use/swimming, boat and jet ski rentals, and secondary impacts on lodging and restaurants. HABs are tied to weather conditions such as mid to late summer drought, and high temperatures coupled with calm waters, particularly if those conditions follow a wet spring during which nutrient runoff is higher than normal. See full presentation here and for more information on HABs visit our Harmful Algal Bloom page.